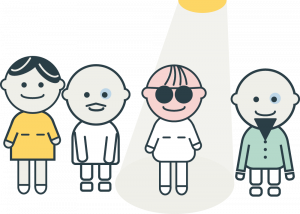 Mental health conditions are much more common than you might think. Around one in four people are estimated to be affected by mental health problems in Scotland in any one year (2). And the effects of the pandemic are likely to have intensified this. The figures can be a little daunting, but they should also reassure anyone worried about mental health problems that they are not alone.

The good news is that the increase in awareness of the scale of the mental health problem in Scotland and the UK is creating a growing understanding of the issue. Gradually, the stigma attached to mental ill-health is being lost and more and more people are talking about their problems. This can only be a good thing and as more people reach out for help, the closer they are to living happier and more fulfilling lives.

Below we have listed some of the numbers around mental health that help to show the scale of the problem and how it affects people.

We use cookies on our website to give you the most relevant experience by remembering your preferences and repeat visits. By clicking “Accept All”, you consent to the use of ALL the cookies. However, you may visit "Cookie Settings" to provide a controlled consent.
Cookie SettingsAccept All
Manage consent